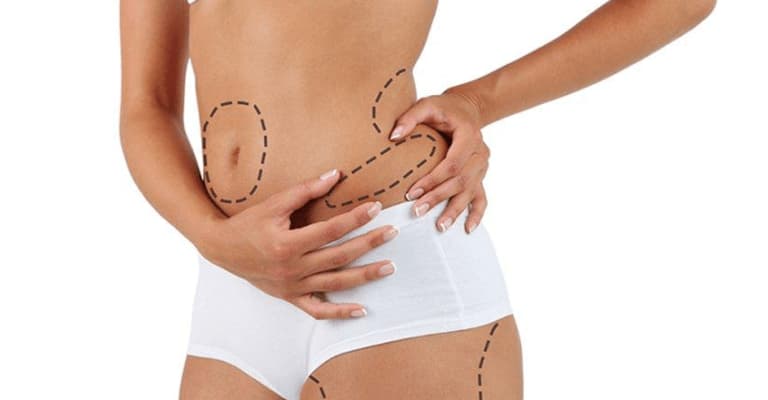 Liposuction is the go-to cosmetic surgery that will, once and for all, get rid of that fat diets and exercise seem to do nothing about.

The general profile of a liposuction patient is very simple: Someone who has stubborn pockets of fat across their body and wants to get rid of them. It is also important that aspiring patients for liposuction abstain from smoking. If they are smokers, they should cease the practice for two months before the surgery and two months after at minimum. It would also be ideal for them to not have any chronic condition that interferes with healing. Diabetic patients, patients with heart problems, and immunocompromised patients have a harder time healing from the surgery.

During the preliminary consultation with your surgeon remember to bring a copy of your medical history. Also, please remember to disclose all medication that you are currently taking and any health condition you might have. This is important since some medication such as blood thinners and aspirin can cause you to bleed out more during surgery. Thus, require you to cease taking them for some weeks before and after the surgery. Likewise, certain conditions difficult the healing of the body as well and, thus, the surgeon needs to know about them to plan accordingly. You and your surgeon will discuss expectations regarding the surgery. It is during this discussion where you will tell them which areas you specifically want to them to treat. They will proceed to take a closer look at each of those areas of your body. The state of those areas will dictate which liposuction method, of which there are a few, the surgeon will use. Finally, they will take some pictures for the before and after collection.

Depending on the number of areas to treat and where they locate, the surgery will require either local or general anaesthesia. In the case of the former, you will be awake and might even stand up to help facilitate the liposuction. There a couple of different techniques for liposuction. Your surgeon will apply the one you both already agreed during the preliminary consultation.

The general outline of the operation proceeds just the same for all of the methods. First, the surgeon makes an inconspicuous incision near the area to treat. It is through this incision that they proceed to insert a thin, hollow tube known as a cannula. The cannula is attached to a vacuum device which will start sucking through it once turned on. With the insertion of the cannula, the surgeon firmly moves it back and forth inside of you to ‘poke’ at the fat. This movement separates the fat and makes it easier to suck. After some poking, the surgeon finally turns the vacuum on and start sucking the fat out of the area. The sucking of the fat includes the sucking of the fat cells, the cellular unit responsible for storing fat. This is significant due to the fact that the body does not replenish fat cells. Once sucked, no new fat cells appear on that area, making it much harder to ever accumulate fat on that area. After sucking enough fat from one area, the surgeon moves on to the next one, repeating the process for all areas.

There are also a couple of variants of the liposuction which incorporate some other technology.

Employs a cannula outfitted with an ultrasonic device. The ultrasonic actions help melt the fat instantly once turned on, preventing the back and forth poke of it. The liquified fat is much easier to suck out which makes the procedure a little faster

Employs a cannula outfitted with a motor that allows it to move back and forth automatically, saving the surgeon the physical effort.

Employs a laser fibre which emits a high-intensity laser light inside the skin through the incision. The laser light liquefies the fat once turned on which later the cannula can suck out faster easily.

The timeframe for your recovery from liposuction is four to six weeks at least for most swelling to subside. The complete results from the surgery, however, will show up after four to six months which is how long the body takes to adapt.

There are several factors that dictate the liposuction cost for the patient. The same thing can be said about any other cosmetic procedure as a matter of fact. For liposuction specifically, the number of areas to operate on and how much suction each area requires. Not only that but the skill of the surgeon and their schedule also plays an important part.

But how about abroad? Does it get any cheaper? Yes, it does. But only if you go to a developing country, or rather, to the right developing country. The Republic of Turkey has bee experiencing an unprecedented boom in its cosmetic procedure industry for the last two decades. And the boom has been big enough to attract many, many patients from abroad.

Including patients from both the USA and the UK. But why do they come here if their countries have perfectly qualified professionals as well? The answer is very simple: The price is what lures them here. As a developing country, Turkey has overall lower salaries and, thus, lower costs of services. That includes cosmetic surgery services.

What Liposuction Does Not Do

For all of those liposuction hopefuls that are thinking of undergoing the procedure to get rid of cellulite, know that it simply won’t. Cellulite, the dimples and fold that seem to appear out of nowhere on the skin, does not go away with liposuction. This is due to cellulite happening because of the thin connective tissue between the skin and fat giving away. The dimple-like ‘holes’ we see on the skin is due to the fat passing against the connective tissue from behind. The dimples are only the fat piled pushing against it. One would think that reducing the fat by sucking it out will then make the dimples go away. Yet, surprisingly, this is not the case. Once the cellulite dimples show up, liposuction will not make them disappear.  Another procedure called LPG Endermologie has better success treating cellulite but Liposuction does not do anything for it.

A: Yes, but only up to a point. If your skin has elasticity still, it will contour naturally after the procedure. If not, loose skin remains hanging which will require separate procedures to excise it.

Q: Are the results of liposuction permanent?

A: Yes, but only if you adopt healthier habits. The remaining fat cells in your body can grow larger to compensate the fact liposuction extracted quite a few of them. Thus, you should still avoid getting fat in the future.

Q: Can liposuction treat any area in my body?

A: Any area that stores visible fat, yes. Liposuction can go as high as your face and as low as the back of your knees. Consult your surgeon about all odd areas you might want to treat.