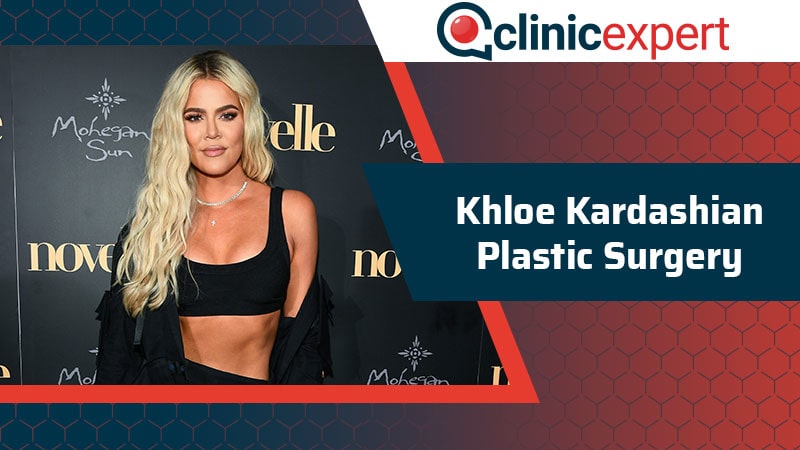 Khloe Kardashian Plastic Surgery When Khloe Kardashian shared a series of pictures on Instagram on May 22, followers were quick to notice that her face looked quite different than it did in previous posts, and it was obvious that she’s had some work done. It does appear Kardashian has had some facial procedures. It’s really difficult to pinpoint when exactly she had them done. But we are not sure if she had experienced any processes during the lockdown. It could have been done at any time. It’s always difficult, especially with a family like them, to tell what’s real and what’s a filter.

When our doctors look at the Instagram pictures of Khloe Kardashian, they think that there should be some processes she may have had done. Kardashian may have had another nose job, and rhinoplasty, because her nose appears thinner than in previous photos. It looks like she had buccal fat which was removed from her face, which is a kind of fat in a person’s cheeks. When these fat “pads” are removed from a part of the body, it can form a more sculpted appearance in the hollow part of the cheek, according to our surgeons.

Who is Khloe Kardashian?

Khloé Alexandra Kardashian was born on June 27, 1984, in LA, California, to parents Robert and Kris Kardashian. Robert Kardashian, her father, was a famed lawyer. Khloé has two older sisters, Kourtney and Kim Kardashian, and a younger brother called Rob. In 1989, Khloé’s parents broke up. Her mother, Kris, married to Olympic gold medalist Bruce Jenner in 1991. The marriage granted Khloé four siblings: Burt, Casey, Brandon, and Brody Jenner. Kris and Bruce also had two daughters —Khloé’s younger half-sisters, Kendall and Kylie. At 18 years old, Khloé went through a devastating blow: Her father, Robert, succumbed to a type of cancer just two months after receiving a diagnosis. The reality television show broadcasts the exploits of Khloé and her family members, from their love experiences and personal conflicts to their professional aims.

Through the show, Khloé has developed a reputation for her wit and boisterous, unabashed honesty. On Keeping Up with the Kardashians, Khloé is seen juggling some business ventures, including running a string of clothing stores named D-A-S-H with sisters Kourtney and Kim. The sisters also design swimwear and jewelry. Except for those, Khloé additionally designs clothing for QVC and Sears and has her hand in the PerfectSkin and QuickTrim product lines. Since its emergence, Keeping Up with the Kardashians has contributed to multiple spinoffs. The first, Kourtney and Khloé Take Miami, which broadcasted in 2009, recorded the sisters cutting loose while they were cohabitating in the Sunshine State.

Khloe Kardashian Plastic Surgery. There’s no denying that the Kardashian sisters are talented at applying makeup. We’ve seen them shape their faces using makeup techniques like contouring and baking. But their dramatic modifications over the years have occurred in front of our very eyes on their reality TV series Keeping Up With The Kardashians and their daily sharings on Instagram, and it’s hard not to speculate that all the Kardashian-Jenner girls have had their fair share of cosmetic operation. Lots of talks have always surrounded Kim Kardashian and Kylie Jenner because their changes have been the most dramatic, but it’s Khloe Kardashian who has experienced the biggest change in her appearance of late. And we don’t just know about her platinum blonde lob.

Let’s find out her process of plastic surgery;

According to Khloe, a boob job is not totally out of the question. She brought up the subject of breast enhancement while channeling Diana Ross with long hair and a sparkly dress that showed off her bigger-than-usual cleavage

Lately, Khloe’s lips have been looking more plump than usual. Cue a new slew of speculation that she’s had surgery for lip fillers. But according to another source, she’s still scarred from the only time she tried fillers back in 2015.“She swears she hasn’t done any fillers at all, she says she’s still frightened since the last time she did fillers (in her face) she hated them so much,” a Kardashian insider told HollywoodLife. “There is nothing against lip fillers for her, they just aren’t for her. She tried them in the past and hated them and has always said she won’t do that there again.” Like her sister Kylie Jenner, Khloe credits overlining her lips for their full look, as well as using GP Lip Treatment, which is a clear lip-plumping gloss.

People have searched every detail of Khloe’s look of late, so it was only a matter of time until the topic of a potential nose job came up. After sharing this Instagram picture, someone commented, by saying “did she get her nose done or just really fleeky contouring”. And Khloe replied: “One day I think I’ll get one because I think about it every day. But I feel a bit scared so, for now, it’s all about contour”.

Khloe Kardashian looks almost unrecognizable. Ok, for example, I can buy the exercise routines and the practical contouring, but this picture of Khloe shows off seriously plump cheekbones and we just can’t understand how makeup could make them look like this. Indeed, she looks a lot like her mother, who we know has had a facelift and Botox in the past…

Kardashian’s defined jawline could be related to filler injections. There are changes to filler in her jawline, cheek, bone, chin area, and lips. These are the things that our doctors realized when they look at the picture.

Her sister Kim Kardashian might be open to the bizarre cosmetic procedure but Khloe Kardashian has insisted that she’s never gone under the knife. Furthermore, she went as far as to deny she’d had any work done on her face to her sisters Kim and Kourtney Kardashian. But the reality star has lately confessed to having facial fillers while having a recent chat on her US television show Kocktails With Khloe.

Khloe has experienced somewhat of a body overhaul in recent months has lost weight and toned up following her separation from her NBA basketball player Lamar Odom who was her husband. And while she has had now accepted that she has undergone a couple of things done, she did not like the current results. Khloe Kardashian Plastic Surgery