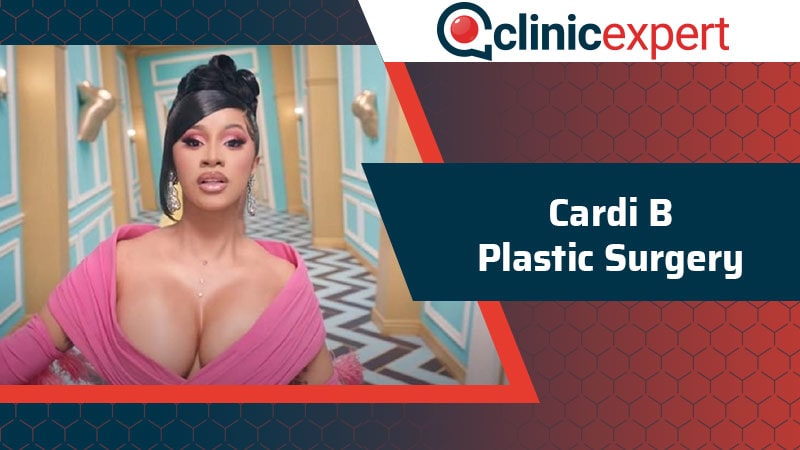 Cardi B Plastic Surgery. Cardi B is one of the celebrities who starts plastic surgery at an early age. She never hides these operations. And also, day by day her skin and body were tried because of heavy makeup and big shows. After being a person in the public eye, all celebrities have some problems with their appearance, and sometimes because of haters or for their desire of being more beautiful, they accept some dangerous operations. Cardi B is also one of them. She was ready for everything for beauty. When she is liked by her fans especially her style and her different body, she starts to search for new techniques, makeup, and costumes for shows.

Although she is so new in the music sector, her albums and her all details influence the public so much. I think it is related to her brave lifestyle and her amazing music shows. Because of all these successes, she gains haters, also so she decides to change some parts of her body and face. Sometimes this thought is successful but sometimes her body isn’t ready for the operations. Although her brunette body and dark eyes, she wants to add some changes. And the other important change for Cardi B was her marriage with Offset. After this marriage, her life and her body changed, also.

Who is Cardi B?

Contrary to popular belief Cardi B’s real name is Belcalis Marlenis Almánzar. She was born on October 11, 1992, in Washington Heights, Manhattan.  Cardi B is the daughter of a Dominican father and Trinidadian mother; she was raised in the Highbridge neighborhood. Belcalis Marlenis Almazar developed the stage name “Cardi B” as a derivation of Bacardi, a rum brand that was formerly her nickname in a gang. She has said she was a gang member with the Bloods in her youth, since the age of 16, which was a remarkable characteristic for her fans. Despite her little age, she faced with everything so early. During her teens, she was employed at a deli in Tribeca. She was fired, and her manager advised that she apply to be a stripper at the strip club across the street.

Cardi B has explained

That becoming a stripper was positive for her life in many ways. Being a stripper saved her a lot of things. For example, I realized the importance of school. While I started stripping, I went back to school.”, Cardi B says because of violence and sad experiences. She became a stripper to escape poverty. After these years, she started to go to Borough of Manhattan Community College before finally dropping out. While stripping, Cardi B lied to her mother by saying her she was making money babysitting. Cardi B gained publicity in 2013 because of her videos on social media, Vine and her active Instagram page.

The music video made its debut on December 15, 2015 with British rapper Lady Leshurr’s interpretation of ‘Queen’s Speech 4’, ‘Cheap Ass Weave’ and it became increasingly famous. On March 7, 2016, Cardi B released her long-planned mixtape title project Gangsta Bitch, Vol. Cardi B appeared on the digital cover of Vibe Magazine’s Via issue in November 2016. As her career grew, so wete her fans. As Cardi B began to earn money and be recognized by people, she wanted to change her body and physical appearance. Despite all the criticism she received, she had her body operated. Perhaps these operations were due to the humiliating criticism of the hate.

Not only her voice but also her physical appearance has influenced the public since she was famous. She starts to be seen in advertisements like Pepsi, Reebok, etc. So, her body and style also are important for producers. Cosmetic producers wanted to her face and lips to sell their products. Cardi B has liposuction and breast augmentation in her body. She must do these operations because she gave birth to her daughter with Offset, Kulture. She cares about her own body after operations so much for example after liposuction operation, she canceled a concert despite her fans. Many people realize that Cardi B injects Botox in her body regularly.

It also happens to face the negative side of aesthetics for example after an operation her feet and stomach were unusually swollen even, she could lose her feet due to the operation she had, and this taught her that too much aesthetics was harmful. Let’s discover this great woman’s plastic surgery process.

After giving birth to her daughter, Cardi B decided that she wanted to try and whip herself back into shape as quickly as possible to get back to her grueling tour schedule furthermore she hast to ready for a concert. She made her breast bigger because she was in the public eye, so she thought that she had to be more beautiful.

She wants to be slimmer without any sport. Even she was criticized by her fans about this topic then she said that “I am so busy that I haven’t got any time to do exercise.” When we think about the celebrities’ lifestyle, Cardi B is right because they have so responsible to do. Because of their lifestyle, the body tends to gain weight.

She made her nose plastic surgery after being rich because she wants to have a little nose and like all celebrities.

She injects Botox regularly. Cardi B didn’t like her lips. She has thought that they are so thin and a little so again she finds a solution! Botox. She has spent so much money on these operations. Maybe you can think that she is so young, but Botox can be harmful to her skin, but we think that she aims to keep her skin more youthful.