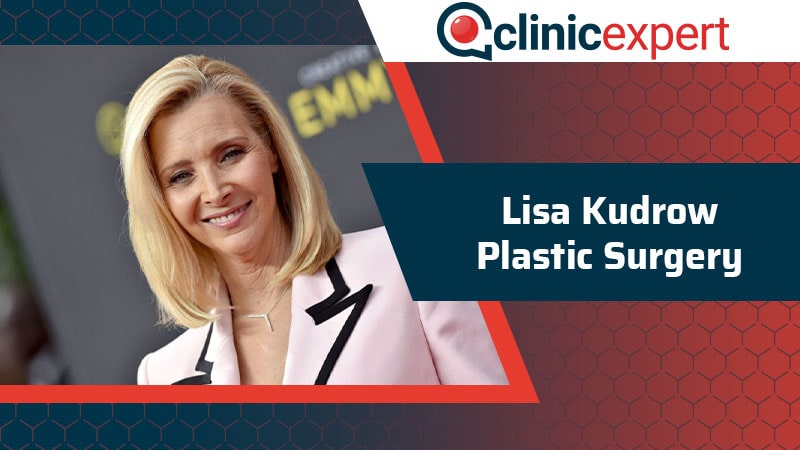 Lisa Kudrow Plastic Surgery. Lisa Kudrow defines rhinoplasty as “the plastic surgery that changed my life”, she always liked this operation because she gained self-confidence with it. She was operated before going to university so she started school by liking her look. Lisa Kudrow is one of the known actresses with her blonde hair and she also captivates people with her beauty. She’s a little old now but still, she is acting with her youthful appearance. Of course like all celebrities, she also uses some cosmetics and products to keep her skin without a wrinkle. Not only to be a beautiful woman but also all famous women decide to use some products and injections because their skin and facial features have been worn out in the process of television and cinema. Maybe one of their aims is to be more confident.

Who is Lisa Kudrow?

Lisa Kudrow was born on July 30, 1963, in Los angles, California, USA. She is an American actress, comedian, writer, singer, and producer. She gained her ınternational prominence in the 1990s acting Phoebe Buffay in Friends. Then she took an Emmy award for this role. Lisa Kudrow has received several awards, including a Primetime Emmy Award for Outstanding Supporting Actress in a Comedy Series from six nominations, two Screen Actors Guild Awards from 12 nominations, and a Golden Globe Award nomination.

Her Friends character (Phoebe Buffay) was widely popular while the series aired and was later recognized as one of the greatest female characters in American television. Kudrow acted in the cult comedy film Romy and Michele’s High School Reunion (1997) and followed it with and then she took the role in the romantic comedy The Opposite of Sex (1998), which won her the New York Film Critics Circle Award for Best Supporting Actress and a nomination for the Independent Spirit Award for Best Supporting Female. She also likes writing and acting so in 2005, in HBO she starred and wrote The Comeback, a comedy series.

All success came after good education

Kudrow attended Portola Middle School in Tarzana, California. She graduated from Taft High School in Woodland Hills, Los Angeles where then N.W.A. members Ice Cube and Eazy-E and actress Robin Wright also attended. Not only an actress she was interested in physics like her father. Her father was a physician. Kudrow received her Bachelor of Arts degree in Biology from Vassar College, intending to become an expert on headaches like her physician father.

Lisa Kudrow worked on her father’s staff for eight years while breaking into acting, earning a research credit on his study on the comparative likelihood of left-handed individuals developing cluster headaches. She loves acting and also watching comedian films furthermore, her brother’s childhood friend was comedian Jon Lovitz. She began her comedic career as a member of The Groundlings, an improv and sketch comedy school in Los Angeles.

Kudrow has credited Cynthia Szigeti, her improv teacher at The Groundlings, for changing her perspective on acting, calling her “the best thing that happened, on so many levels” she was always taking inspiration from the people who were around her. Lisa Kudrow has a cute look, even her age her skin and face still are so alive and beautiful. She has had help from plastic surgery to look younger and more beautiful. This so talented and attractive woman’s plastic surgery journey is also striking.

Lisa Kudrow still looks as wonderful as when she was young. Her time-defying beauty is related to her natural life, I think because she is one of the vegan actresses. Having a planned life and regular diet, make her skin and appearance healthier. Although her age, she has never aged! But sometimes she is one of the celebrities who use Botox to highlight the lines of their face. Let’s look at her plastic surgery journey:

People have been saying lately that Lisa Kudrow has been using Botox injections regularly over these past few years, despite her age, she has a good and young appearance. Then people realize that after a process her face changed. Lisa’s face sometimes looks frozen and much too toned when smiling, unlike how she used to smile all the years ago when playing Phoebe Buffay in Friends series. So we can understand that she uses some little touches on her face to get rid of wrinkles.

Along with all of this, Lisa Kudrow displays all the signs of Botox use or any other type of facial fillers, because of how stretched the skin on her face looks. In short, Lisa Kudrow also spent some money on her current appearance. Being famous can bring some obligations, also. Let’s look at these processes and some advice about her beauty.

Lisa Kudrow has an alive skin and also a fit body. Maybe you can remember that she is a vegan person so one of her beauty secrets is a regular diet. Despite her busy job life, she never forgets to feed regularly. Being a writer, actress, singer, etc. is not easy for a woman because all of these jobs need to be in the public eye, so it makes her life a little difficult. Now Lisa Kudrow is an aging one, so her face and skin also are getting older because of lights, makeup, and some other harmful cosmetic products. To find a solution for all these problems, like many celebrities, she injects Botox to keep her skin wrinkle-free. Lisa Kudrow Plastic Surgery